Last night, I met up with one of my best friends for our Christmas get-together. We have been friends since preschool, and we began sharing stories from when we were younger.

So, let me set the stage for y’all. I was 14, and I was trying out for cheerleading. To do this, you met at the gymnasium before school at around 6 AM to learn the information for tryouts. I showed up and had gotten SO gross. Being 14, I didn’t think to bring an extra pair of clothes or to use the showers before class.

I had jewelry class in the morning, and I had a few of my close friends taking it with me. I sat down and made several comments about how I smelled. I joked, “I should just rub some of your Pepsi on me, so I don’t stink.” Why? I have no idea…

My friends reassured me that I did not smell and that I was okay. The day carried on until I got to English class. My teacher, and possibly a secretary stood at the door. I really haven’t bothered to learn who she was or possibly, is. She stopped me at the door, and my teacher looked a little confused. The secretary told me that I needed to go down to the office with her. Me, being a happy go lucky person, said, “Oh! Sure I can!” I literally had a skip in my step back then.

So here I go, basically skipping to the office. I remember sitting in a chair in front of this woman’s desk that was in a hallway passed the lobby. Whatever she did, she clearly didn’t do it enough to have an office. I pulled out my bronzer compact because, oh, girl… I have a few seconds to spare! Better make sure this bronzer is looking fierce. Tyra and Snooki obviously would’ve been so proud…

Finally, a blonde woman came and took me into her office. I sat down and said, “Hello!” and she says, very sternly, almost like what you would envision Eva Braun sounding like, “Elizabeth.” She cleared the phlegm in her throat, and her voice sounded even deeper this time, “Elizabeth. Have you been doing something you shouldn’t be doing?” My mouth dropped open, who is this person? I responded, “No… I don’t think so? Like what?” She stared at me blankly; clearly, no emotion was available here on this day. “You know what!” You know how, when white people get mad, they turn pink? Well, boy, let me tell you!

I started crying, and she said with disdain, “Oh, wow. Why are you so emotional?” As if this was proof that I was brown and intoxicated. I bet she thought, “Oh boy! Gosh darn, I’ve got her caught now! She’s trapped!” She went out into the hall and said, “What was she even doing out here?” The secretary cooly replied, “She was sitting out here doing her makeup like it was nothing. ” CLEARLY! DUH! As this was happening, I texted my brother off my flip phone and said, “VINCENT!!!! They think I have weed or alcohol or something!! What do I do????” He was sleeping and didn’t get this text until later in the day.

The blonde came back in with the Vice Principal, who was such a creep!!!! A shirtless photo of him showing off his tribal tattoo had gone around the school. Puke. He said, “We’re going to have to breathalyze you!” So, as I was balling, they had me blow into this tube. It clearly showed that I had not been drinking at all. After that, they took me to the hall and searched my locker where if they were looking for lipgloss and Twilight novels, they would’ve hit the jackpot.

They found nothing and sent me off to my next class. It turns out they didn’t bother to call my parents to tell them what happened or take an interest in why this happened in the first place until after I told my parents. However, they were sure to email the cheerleading coach to disclose that there had been a report about me. It was a few senior girls from my jewelry class that had overheard my conversation about smelling gross. They took the time out of their, oh so memorizing lives to draw out the art room, place an X where I sat with a note that said I was drinking and handed it into the art teacher. One of them is a police officer now. I wonder if she’s refined any of those amazingly accurate skills? Get this, after this happened, they continued to say they got me in trouble for drinking. This situation caused me to have extreme distrust in AHS. 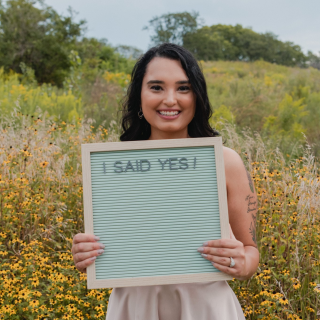